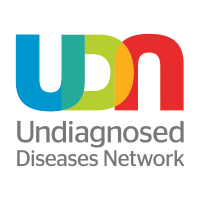 This article first appeared on the Undiagnosed Diseases Network (UDN). The UDN is a research study that is funded by the National Institutes of Health Common Fund . Its purpose is to bring together clinical and research experts from across the United States to solve the most challenging medical mysteries using advanced technologies. The Coordinating Center of the UDN is based at the Department of Biomedical Informatics at Harvard Medical School. For more information on the Undiagnosed Disease Network, visit https://undiagnosed.hms.harvard.edu.

Pemphigus and pemphigoid (P/P) are rare, autoimmune blistering diseases that affect the skin and mucous membranes, causing lesions that do not heal. Like many suffering from a rare disorder, the diagnostic journey for a P/P patient is complicated and stressful. On average, this journey involves five different doctors over a period of ten months before a patient receives a correct diagnosis. (Source: pemphig.us/diagnostic-data ) Once a correct diagnosis is received, P/P patients begin the long process of managing disease activity. There is no cure for P/P. Many patients are able to achieve a state of remission; however, insurance regulations make it difficult for some patients to receive the most effective treatments.

Sharon Williamson’s journey to a pemphigoid diagnosis started in July of 2014 when her mouth began to bleed whenever she brushed her teeth. Like many undiagnosed P/P patients, Sharon first shared her symptoms with her dentist. This dentist did not recognize Sharon’s symptoms and told her to floss more frequently.

The next doctor Sharon saw was an ear, nose, and throat (ENT) specialist. The ENT doctor thought her bleeding was a reaction to Plaquenil, which Sharon was taking to combat her rheumatoid arthritis. The ENT doctor put her on a mouthwash containing lidocaine. This numbed her mouth, but did not help the bleeding.

Sharon then saw her rheumatologist. She had been wondering if her bleeding gums and cheeks could be symptoms of Sjogren’s disease, which often affects arthritis patients. The test for Sjogren’s came back negative.

By December of 2014, Sharon was spitting bloody tissue whenever she brushed her teeth. “It hurt so bad that all I could do was hang over the sink and cry … spitting out blood the entire time,” she said. “No toothpaste was mild enough. No toothbrush was soft enough.”

From January to May of 2015, Sharon had more appointments with other doctors: an optometrist, who saw nothing wrong with her eyes, though Sharon would soon experience ocular burning; a dermatologist, who didn’t recognize her symptoms; and her primary care physician, who had no suggestions. “I felt as though my face was melting off,” she said.

After researching gum disease specialists, Sharon saw Dr. Jarrett Manning in Smyrna, GA, who recognized her symptoms as pemphigoid. Dr. Manning referred Sharon to Dr. Ronald Feldman, a dermatologist specializing in autoimmune diseases at Emory University. After biopsies and blood tests, Dr. Feldman diagnosed Sharon with mucous membrane pemphigoid (MMP)—a form of pemphigoid characterized by blistering lesions that primarily affects the various mucous membranes of the body, as well as the skin. Soon after, an eye specialist confirmed ocular involvement, which could lead to blindness. This was September of 2015, 14 months after Sharon’s initial symptoms.

Though Sharon found a doctor who was able to diagnose and treat her MMP, she has not yet achieved remission.

“I feel hopeless and fear the possibility of going blind,” Sharon said. “The pain from all of my conditions drains the energy from my body, making it hard to work. I go home, put warm compresses on my eyes, and lie in darkness for two hours. Eventually, I can get up and see my husband for a couple of hours before I go back to bed. Without the additional rest, I cannot do my job. I know that eventually, I will have to go on disability.”

Some emerging treatments, like intravenous administration of rituximab, have not been approved by the FDA for pemphigus and pemphigoid. This makes it difficult or impossible for patients to get approval for such treatments from medical insurance companies.

For Sharon, this has meant playing an anxious waiting game in hope that these treatments will be approved before her disease progresses even further. In fact, it was only during the writing of this post—in April of 2016—that Sharon’s infusions were finally approved by her insurance company after three previous denials and a call to her insurance commissioner.

“It’s sad that you can lose your livelihood, your sight, and maybe even your life, because of delays in… getting a diagnosis and treatment,” Sharon said.