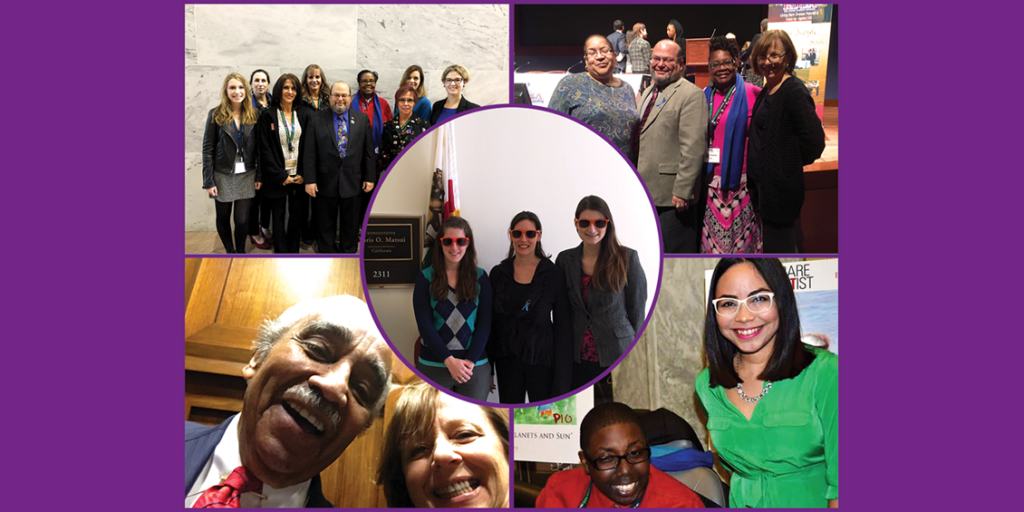 The purpose of advocating in Washington, DC is to spread awareness and lobby for favorable legislation that affects the entire IPPF community. At Rare Disease Week on Capitol Hill 2016, we had 7 members of the IPPF community advocating for:

This was my second time advocating on behalf of the pemphigus and pemphigoid community, having visited Capitol Hill with Marc and Kate in the fall. I expected it to be quite similar, and in many respects it was. However, being part of a larger group of rare disease advocates participating in Rare Disease Week made a big difference. Hearing from two congressmen and the newly appointed head of the FDA at the lobby day breakfast emphasized the importance of bringing together advocates from across the rare disease spectrum – not only the power in numbers but also the variety of knowledge and experiences that we could bring to the table.

When I received an email about going to Capitol Hill, I got excited and thought it will be easy. But I was wrong it was hard work. I hadn’t walked so much in all of my life. I felt good about what was done on Capitol Hill. It was worth all I went through to get the word out about rare diseases.

There’s plenty we can do this election year: Consider writing letters and making phone calls to bolster these pieces of legislation; email your member of Congress, which is made easy utilizing the automatic draft letters on rareadvocates.org; or take advantage of in-district lobby day opportunities to build relationships with your members of Congress. I am hopeful now with so much support we can help ourselves heal. We are the voices of the rare disease community with a common role.

Not only was I representing myself, the IPPF, and the pemphigus/pemphigoid community, but I was also representing a lot of other people with healthcare issues who could not represent themselves. And quite a few who never will. Plus I told my story, and a Congressman listened.

We may have a rare disease but no one will know about it unless we use our voice to speak to people that can make a change.

I had great meetings with the staff of the representatives and felt very accomplished. But to top it all, when I was taking my flight back to Puerto Rico, my representative was on the plane too! When all the turbulence stopped, I went up to him, and had the meeting right there.