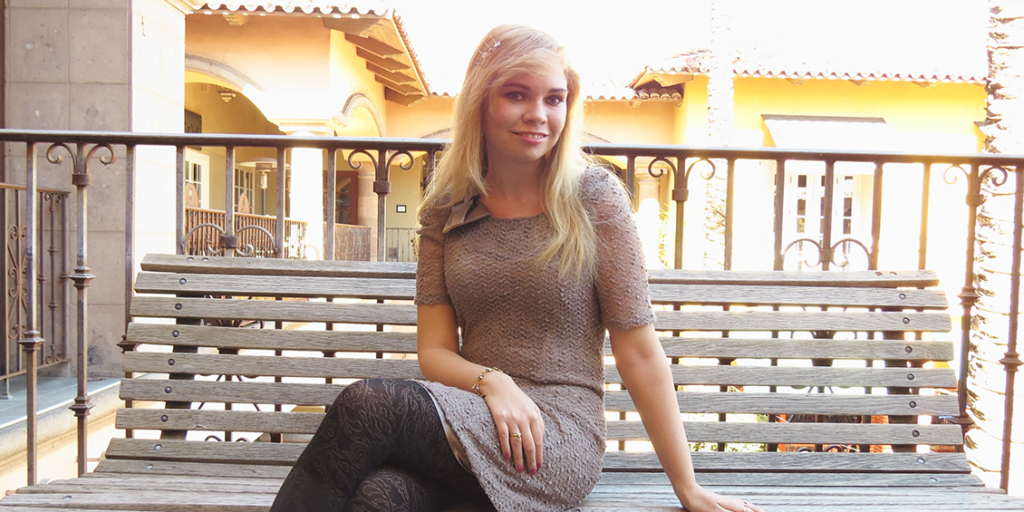 Last year was shaping up to be a very important year. I had just gotten an associate degree in journalism and was all set to transfer to a four-year university in the fall to pursue my B.A. On top of that, I turned 21 in February and was looking forward to savoring all the exciting things young adulthood had to offer. It was during this very same month that everything changed.

I noticed a few innocent-looking blisters on my nose that were fragile to the touch. Although this was something I had never experienced before, I thought nothing of it and waited for the broken skin to heal on its own. It never did. The following weeks showed a worsening of my then-unknown condition: the taste of blood and large blotches of red in the sink were always present after brushing my teeth, the open sores on my face had multiplied to startling numbers, and the skin on the rest of my body threatened to tear away with any slight use of force or friction.

By the time May came around, I was living a horror film. Mornings began with my skin peeling away at the slightest touch and my clothes sticking to the popped blisters that covered my body.

By this point, I had seen my dentist and three different dermatologists, none of whom could provide me with a direct answer as to what exactly was wrong with me. The dentist blamed my symptoms on neglectful hygienic practices, and the others deemed it as an aggressive form of acne before prescribing me various ointments and creams to slather on my face. Weeks of waiting to see improvement turned into months, and the sores that started on my face were also manifesting on my chest and back. My appointments with the dermatologist were beginning to feel like an episode of The Twilight Zone–while exposing me to different kinds of light therapy and promising no results, no one was able to fully respond to my questions. But they were always willing to prescribe more pharmaceuticals.

By the time May came around, I was living a horror film. Mornings began with my skin peeling away at the slightest touch and my clothes sticking to the popped blisters that covered my body. My days were plagued by the excruciating pain of exposed flesh, my wavering faith for recovery, and the growing fear of the unknown. When it was time to sleep, I dreaded waking up to see what new bodily wound awaited me in the morning. I began to think, “Will I ever be the same again?”

I had decided that instead of waiting around for empty promises to be fulfilled, I needed results. Taking matters into our own hands, my mother and I researched my symptoms and visited a contagious disease specialist. Still clueless as to what ailment was literally tearing me apart all those months, I had come to believe it was something I caught from an outside source.

When the specialist analyzed my skin biopsy, he told me what I had was not an infection but an autoimmune disorder called pemphigus vulgaris.

. . . you know your body better than anyone else.

Only producing 1-10 new cases per 1 million people worldwide each year, pemphigus vulgaris is a very rare autoimmune disorder that causes the body to mistakenly attack itself, forming painful blistering lesions on the skin and inside the mouth. While there is currently no cure for this condition, there have been many cases of remission brought on by the use of immunosuppressive drugs and IV therapy.

Initially, I was shocked when I found out it wasn’t a foreign bacteria or severe allergic reaction that was ravaging my skin–it was my own body turning against me. This surprising diagnosis has taught me to never take my health for granted, and even though I have improved significantly since that fateful day in May, I am still on the mend and learning to cope with the healing process of my condition.

Through this long journey, I have learned valuable lessons regarding myself and what truly matters in life. Whether you have a blistering autoimmune disorder or any other visibly noticeable condition, it does not matter what other people think of your appearance. They will never know the challenges you’ve faced and the battles you’ve won. The best part is knowing that you have survived through it all and become stronger because of all those times of hardship.

Without a doubt, some days will be better than others, but when you feel you are being overpowered by those negative emotions, remember to surround yourself with love. I am immensely grateful for the support and care my loved ones have shown me, especially my parents, who have been by my side at every doctor’s appointment from here in the Coachella Valley all the way to San Bernardino. They are the light that still shines on my darkest moments. Even if it’s a hobby or a friend to talk to, find what gives you joy and hold onto that feeling. Happiness is the strongest medicine, and you deserve to feel your best even when your situation may not be.

Finally, the most important lesson that I’ve learned is that you know your body better than anyone else. If you should encounter a physician that does not satisfy your concerns or answer important questions you have, do not settle; seek the help you need until you find a doctor you feel confident will listen to you. I spent months misdiagnosed and being treated as though my observations and concerns weren’t relevant. When you know something is deeply wrong, you should always have the full support of a physician who has your best interests in mind.

Sometimes life can throw the most unexpected challenges at us, but we must carry on with the comfort that there will be better days ahead. Despite being confined to my home a majority of the year, I am currently attending college at the Cal State San Bernardino campus in Palm Desert with no intention of letting my condition get the best of me. My body may be at war with itself, but I know I’ll come out victorious in the end.